WHAT IS COLOR LIGHT THERAPY

COLOR IS LIGHT AND LIGHT IS COLOR

The sun emits light at different frequencies. These frequencies can be separated by a process called refraction. When the light goes through a crystal prism, it refracts and divides into the seven colors of the spectrum, where each color has its own frequency.

If the separated colors go through another prism they will form white light. The first person to demonstrate this phenomenon at the end of the 17th century was Isaac Newton, the great British physicist.

Red, orange and yellow carry longer wavelengths and seem to reach the eye faster than colors on the other end of the spectrum. They are called warm colors and we often associate them with fire and sunshine.

Green, blue and violet are perceived as cool colors. They travel in shorter wavelengths, so they seem to take longer to reach our eyes. They bring to mind seas and rivers, the sky and the crispness of dawn in winter. 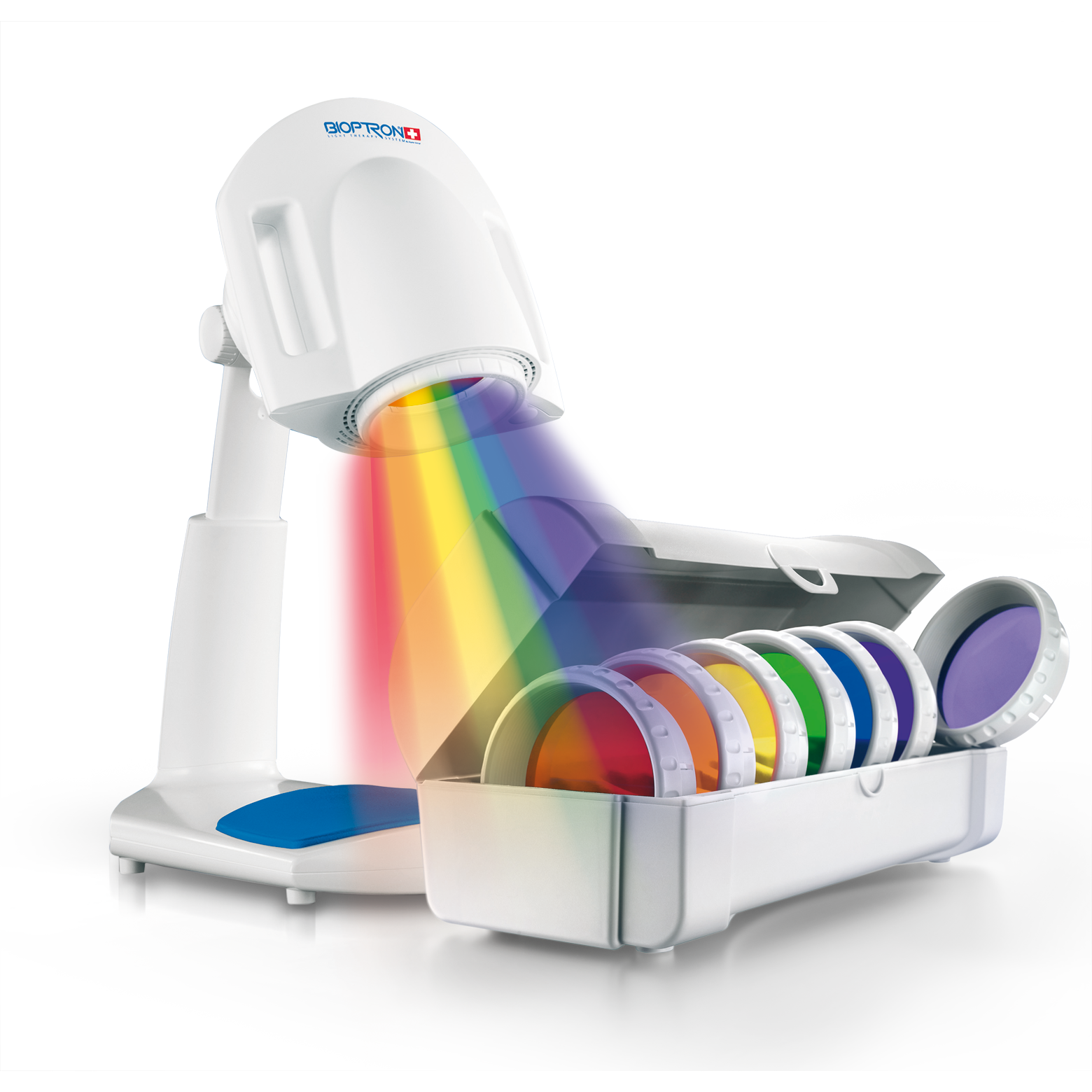 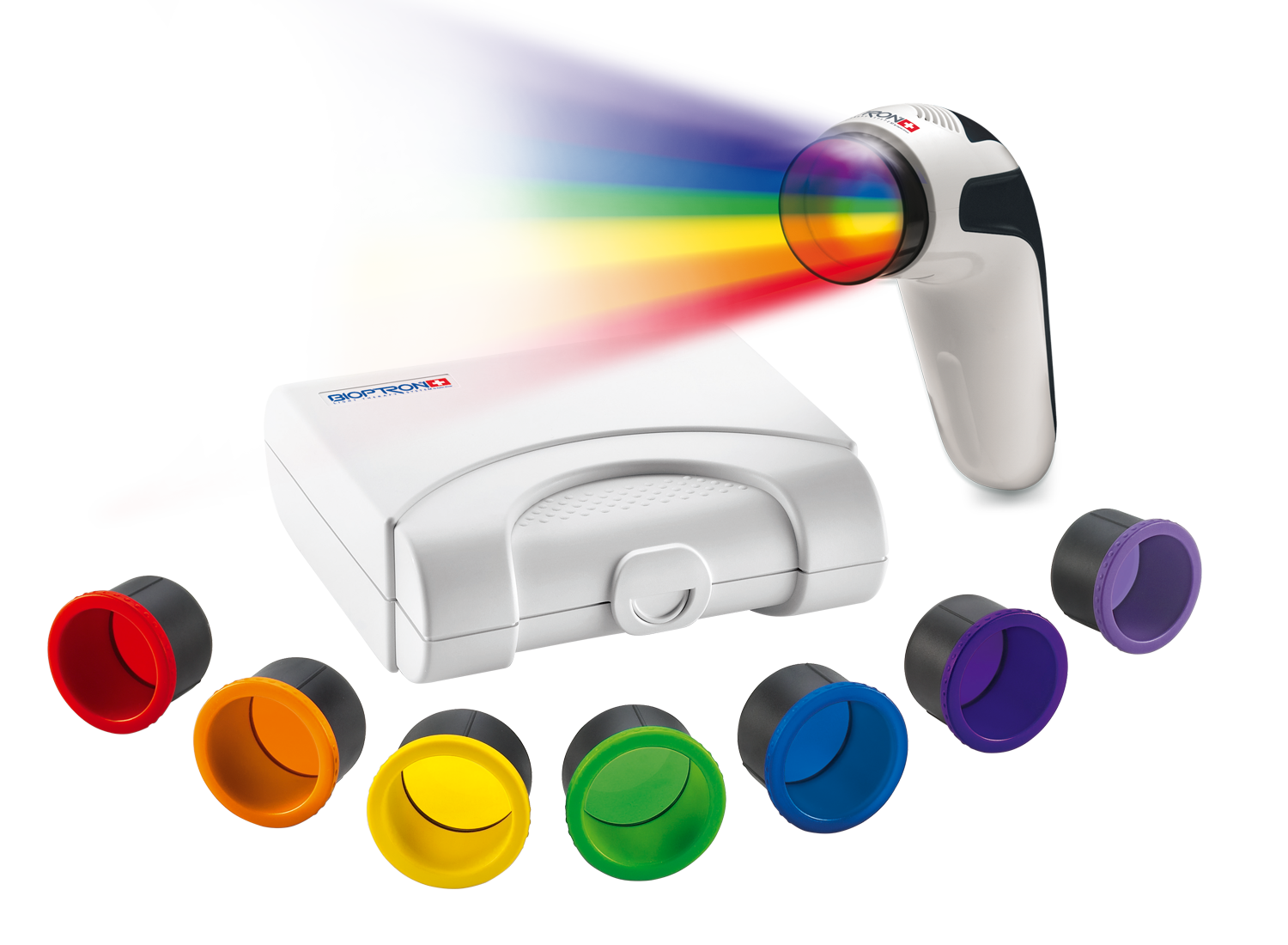 The BIOPTRON Light is polarised; the electromagnetic waves of polarised light oscillate in parallel planes only, thus making this light highly penetrating. No ultra violet rays and no substantial heat are produced: BIOPTRON light therapy devices are safe to use, with no negative side effects.

Color and light therapy aim to treat the cause of an ailment rather than its symptoms, working to create a balance within the body by stimulating physical and emotional conditions.

This Color Light Set is based on 2 color therapy principles – the bioinformation concept for pressure points & chakra stimulation – providing the benefits of:

BIOPTRON Color Light Set is gentle, safe and efficient. It uplifts you with brilliant colors, and with the precious bioinformed fragrances and essences of its cosmetic products.

Health is contingent upon balancing not only our physical needs, but our emotional, mental and spiritual needs as well. The color chakra therapy principle is based on the assumption, that colors are associated with seven main chakras, which are spiritual centres in our bodies located along the spine. These chakras are like spirals of energy, each one relating to the specific area.

Chakra (pronounced sha-kra) is the Sanskrit word for "wheel". It is assumed, that chakras store and distribute energy. There are seven of these chakras and each is associated with a particular organ or system in the body.

Each chakra has a dominant color, which may become imbalanced. If this happens, it can cause a disorder and physical ramifications. By introducing the appropriate color, the disorder is considered to be improved. 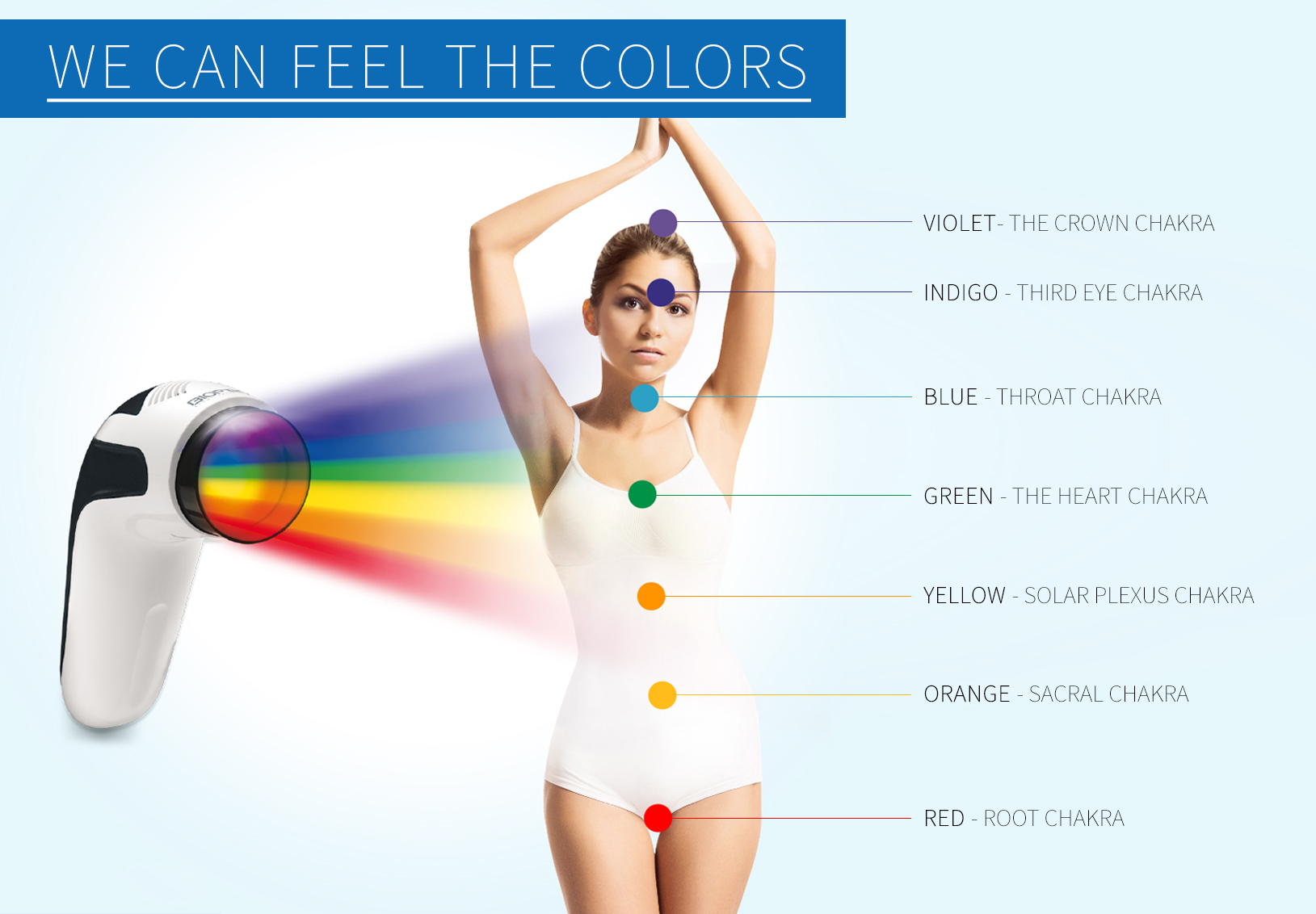 REVEAL THE POWER OF COLOUR

Red is the boldest color of the bunch and it represents fire, heat, blood, passion, will power, survival, anger, temper, danger and destruction. It is used to energize, encourage movement, increase our instant responses and ignite passion. Red is the color associated with the root chakra, which connects our energy with the Earth.

Orange is a warm toned color that induces happiness and acts to combine physical energy with mental qualities. It is the color of creativity and adaptability and provides a general sense of well-being and cheerfulness. Orange is in charge of the sacral chakra, which is home to creative life force energy.

Yellow is the color of intellect and perception. It is the color of the personality and ego and represents our feelings about ourselves and our self-worth. This color promotes clear thinking, detachment, brightness, confidence and charm. Yellow represents the third chakra, known as the solar plexus, which is where self-confidence, identity and personal power are born.

Green is the color of love, progress, growth, fertility, hope, balance and new life. Considered a calming and quieting color, it helps fight stress. Green is also the color of the heart chakra, which is where love, compassion and kindness are empowered.

Indigo has always been a color associated with discipline, structure, faith and efficiency. It is also considered helpful for clearing addictive emotions. It makes us face our fears, encourages progress and inspires self-responsibility. Indigo is the color of the third eye chakra, which opens the mind to information beyond the material world and the 5 senses.